Nothing Is Original, Everything Is A Remix ∞

The act of creation is surrounded by a fog of myths. Myths that creativity comes via inspiration … that original creations break the mould … that they are the products of geniuses … and appears quickly as electricity can heat a filament but creativity isn’t magic.

It happens by applying ordinary tools of thought to existing materials. And the soil from which we grow our creations is something we scorn and misunderstand even when it gives us so much, and that’s … copying.

Put simply, copying is how we learn we can’t introduce anything new until we are fluent in the language of our domain. And we do that through emulation. For instance all artists spend their formative years producing derivative work. 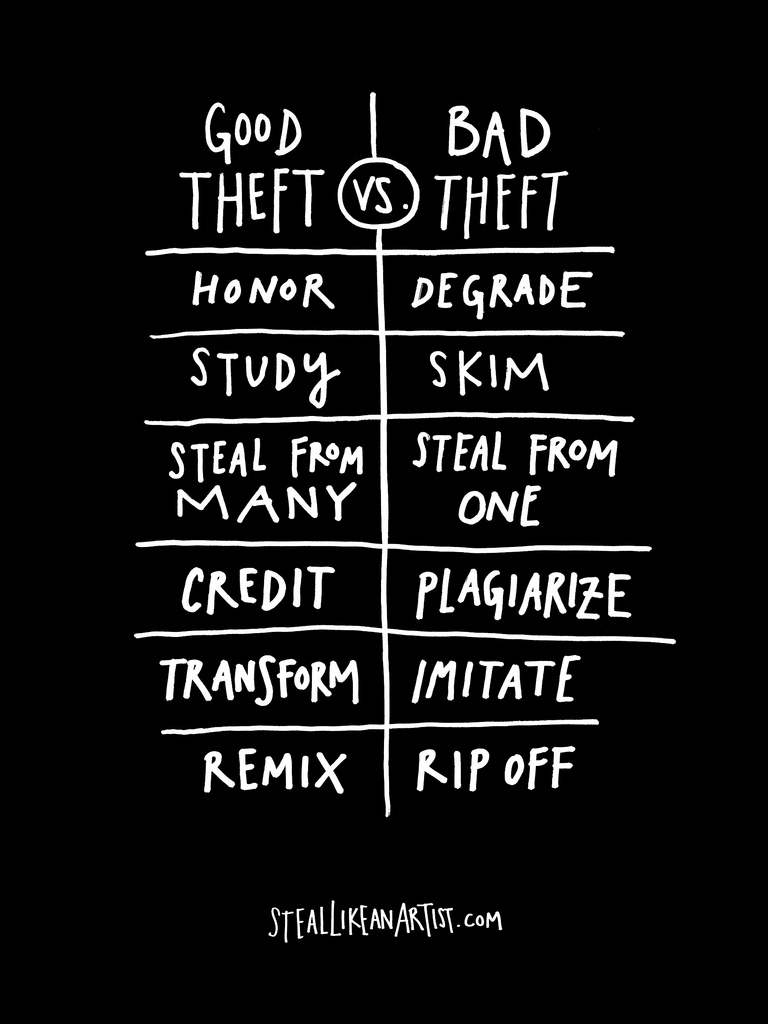 I invented nothing new.

I simply assembled the discoveries of other men behind whom were centuries of work. Had I worked fifty or ten or even five years before, I would have failed.

So it is with every new thing. Progress happens when all the factors that make for it are ready and then it is inevitable.

To teach that a comparatively few men are responsible for the greatest forward steps of manking is the worst sort of nonsense.

Back to article archive ↑